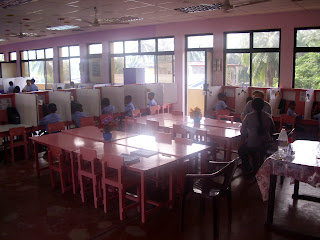 When I first started a Christian school some 30 years ago I was part of a denomination. Having got the operation of the ground and very quickly some 160 children being educated with us, I was naive enough to believe that if I could do this, lots of other would too. My thinking was that me who only has a Road Safety colouring certificate can do this what could others who are clever than me do.

Picture my horror when I discovered that my biggest critics where my ‘supposed Christian friends’ and colleges.

The problem for me was that I had a foster child who had moved from our Christian school at 16 to do English Grammar at a local college, she showed me her homework one night, innocuous enough, she had to punctuate and put capital letters in some sentences, The first sentence read, “on arriving home I was disappointed to find that my boy friend was in bed with another girl – correct the sentence Never, never underestimate that hidden curriculum!

HOW WISE ARE WE THAT CALL OURSELVES CHRISTIANS?

“The master commended the dishonest manager because he had acted shrewdly. For the people of this world are more shrewd in dealing with their own kind than are the people of the light!”
•
I continue to hear the comment that I am sure many of you that run Christian schools hear:
•
You are brain washing them – and everyone else is of course ‘A’ moral, and has no agenda!
•
You are not making them aware of the real world – which is just the same as the Genesis statement “you will know good and evil”
•
Your children should be salt and light in school – just like you were when you were young?
•
You will produce hot house children – and of course we should allow our 3 year olds to cross the road by themselves?

And other such nonsense phrases that I hear, actually more from Christians than those who do not follow Jesus.

What we fail to understand is where the battle is joined.

Some love to sing those songs of victory, like ‘onward Christian soldiers’, but where are we going to fight?

What is it that God uses, and asks us to use to make us different

He tells us how to change whenever I ask this people say all sorts of things like, love, repent, read the Bible, and go to meetings regularly. Well they might help but that is not what Scripture tells us to do:

It says, put on the mind of Christ, Renew your thinking, whatsoever things are good, honest of a good report, and think on these things. In other words THE BATTLE IS IN THE MIND FOR THE MIND.

Those who sort the overthrow of what was formally Rhodesia understood that well, they attacked what in that country, where did they take the fight, I know I lost a friend who was clubbed to death, I very rarely get a correct answer to this when I ask people. Actually they attacked the schools, they took the children across the border into what was called the front line states for as they said ‘re- education’ they understood that to win a generation, and change the future, you have to change the minds of the current generation, you have to have them thinking. I want to put good thinking into the minds of the children that I can influence.

The Battle is for the Mind, and I want people to be in their Right mind!