My Friend in South Africa 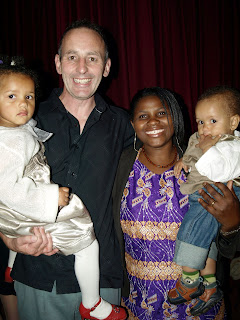 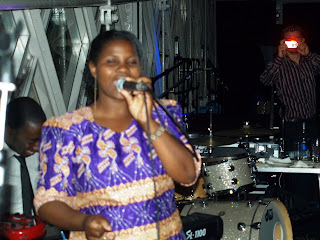 From: ASSISTNews-owner@thomas.sheperd.com on behalf of ANS@Assist-Ministries.com
Sent: 29 May 2009 20:47
To: ASSISTNEWS@sheperd.com
Subject: Ministry Couple in South Africa Attacked, Robbed for the second time

By Michael Ireland
Chief Correspondent, ASSIST News Service
MTHATHA, SOUTH AFRICA (ANS) — A couple ministering to orphan children with AIDS has been attacked and robbed at gunpoint in South Africa for the second time in a month.
According to a report from Rainbow Churches, based in London, United Kingdom, on Sunday May 24, Clive and Zoliswa Bartlett and their family returned home after church, their children were playing in the garden, and Clive and Zoliswa were chatting with her sister and brother when burglars arrived.
“This is just a month after the last robbery, and they were once again after money,” said Margaret Templeman, field director of the Timothy Mission to African Townships (TMAT), in an e-mail to ministry supporters.
Clive handed them the 200 Rands he had in his pocket and explained there was no more, she said.
Templeman continued: “Since the last burglary they had decided not to keep such large amounts in the house.
“So they hit Clive on the head with a gun, presumably hoping he would cave in (to their demands) and then shot him through the bottom. A neighbor drove him to the hospital and he was later transferred to a bone specialist hospital in Mthatha (Bedford) where he is currently recuperating.”
The robbers took a lap top, printer, Clive’s wallet, and the family’s 4 x 4, having forced him to hand over the keys.
“This was a traumatic experience for the whole family,” said Templeman.
Templeman said Zoliswa and the family will be staying with James and Nomzi, friends with whom the Bartletts stayed prior to moving into their own home.
“Of course, Clive will join them when discharged from hospital. Their furniture is being stored at James and Nomzi’s home before going to Zinduneni where they were due to move on June 9,” she said.
“I have spoken with Clive and he says that the doctor is concerned that as the shot that hit him was fired at close range, and the bullet went through his body, it may have caused damage to other organs.stomach and bowels. Another surgeon will have to check this out. He has to have complete bed rest for the hip fracture (he sustained). He has been told that he may be in hospital for at least a week and possibly up to six weeks,” said Templeman.
She said she received another call to say that the vehicle had been found abandoned near the next township.
“The wheels had seized up and the robbers couldn’t drive it any further. The police have taken it to the pound and today it will be transferred to Park Road. The robbers didn’t leave the keys!”
Templeman added: “The last 24 hours have been hard for Bartlett family including those in the UK, and also their many friends. The church family at Mthatha have been extremely supportive, particularly to Zoliswa helping her to move and driving her around Mthatha.”
Adrian Hawkes of Rainbow Churches told ASSIST News: “We have known the Bartletts a long time — Clive was part of the Eldership team here at Rainbow Church for many years, he went originally to South Africa as part of a Links International team — they send teams out to work on medical training in villages and remote areas.
“They do training for people in these villages and often cut down real problems — for example in one village, the ‘death at birth’ rate dropped dramatically. Usually they take Doctors, Nurses and Opticians to aid them in the training. Clive is a trained nurse and went with one of the teams a couple of times; there he met Zoliswa, who came then on holiday to the UK where eventually they married, then Zoliswa worked in the church nursery and also joined the leadership team here.”
Hawkes concluded: “They have always had concern for South Africa and went back with another organization to establish a children’s home and particularly care for orphans with aids.
“The last burglary they had I think the burglars took a laptop and money; this time I think they where angry because they asked ‘where is the safe?’ and they don’t have one. From there it escalated,” he said.
Friends of the Bartletts are asking US Christians to please pray as you feel led by the Holy Spirit.
“We have much for which to give praise as well, that they are all alive. We have already seen many answers to prayer. How great is our God!” said Templeman.
“God bless you all as you support us in prayer,” she said.
If anyone would like to contact Templeman for any additional updates, please do not hesitate to telephone +44 (0)1702 548803.