We are so persuaded by the ‘normal’ and what is perceived to be the right approach that those of us who do it differently always expect to have to swim upstream, to move against the odds to climb the mountain or whatever other metaphor you can think of to demonstrate an alternative.

Then to persuade people to join you is difficult; I always find the story of Moses and the release of the Israelite's from slavery interesting.  The Old Testament gives us a clue to some of their thinking.  They were all slaves; their next door neighbors were slaves, their friends where slaves, their wives and children were slaves, slavery was the norm.  When you have been brought up like that it’s very hard to be convinced of ‘freedom’ or for my purpose in what I am saying about education any other way of doing or thinking.  The Old Testament Scriptures tell us that they were mad with Moses for trying to set them free, what did you have in your slavery?” was Moses’ question, “well” they responded, “we had Leeks Onions and Cucumbers”.  The problem was they were not looking for freedom they were looking for bigger onions!

So when people consider putting their children into our school many of the cultural, the expected, and the ‘norm’ is not there!  How many classes do you have they say?  We don’t have class rooms, or classes, it’s an individualised method of education!  What GCSE’s do they take, is often the next question. Well, we don’t do that either, our students enter the ICCE certification.  More problems, all people really want is a bigger onion!

Does the system work, what does the school deliver, should be the next question, or from my point of view maybe the first question.  We are interested as an education establishment in not only good education for our students but also good character development.  We want them to know God, we want them to become leaders in whatever area of life they end up in, and we want them to become the best that they can.  So the big question should be do we succeed in those aims.  Not always, but let me tell you about our recent school leavers.  At the moment the school is around 40 students and growing, so I thought what I would do is look at the last two year’s leavers and tell you our results hoping that will help you to assess us and decided if we are successful or not?

So in 2010 9 students left our school, when I say left what I mean is that they had reached full school leaving age, I of course am not counting leavers who left mid education because they move area or changed to another school or things like that these are the student that one would count because they are completers.  Incidentally, in 2010 only one student left without gaining some paper qualification.  But let me show you what the full age students left with.

So there are our leavers for the last two years what do you think?  Does it work?

Here are some comments from some of the students who have left us:

I asked one student how his first year at Canterbury University had gone.
He responded, “I missed my London friends but the studies were fine.”
I asked him for his opinion of our school system; here are some of his comments.
“One of my uni modules is accounting, I had already done that subject for my Intermediate exam with International Certificate of Christian Education (ICCE), so of course I had that down as one of my options from the advanced level course.  However, when I saw the stuff at University I had to laugh and I said I wish my school studies had been this easy!”
I asked him if there was anything else he had noticed about his uni studies.
He said, “The Algebra, as with accounts, I wish that the school stuff had been as easy as the university material.”
His final comment was, “When you have been to a school using the ACE system a fundamental element that you learn is how to manage your study time and how to complete work within a given period. I am finding that my stuff gets done whereas lots of other students seem to have problems completing work and bringing it in on time.  We all have the same amount of time, and I think some of them are possibly brighter than me, but what they lack is the discipline that has been put into me over the years to complete the work on time.”

I also had the chance to talk with one of the lads who had completed his General Certificate at ICCE level, and asked him how his college studies were progressing. “Great!” he said, “but what is funny is how the other students don’t seem to be able to complete work on time, I have just handed in one of my first essays, the  lecturer said 1,000 words, I was about 400 over so I went to him and asked how critical the word count was?”
“Oh” he replied, “I only ask for 1,000 as most of the students cannot get anywhere near that number, I am happy with anything up to 2000 words, but I would be surprised if many can even achieve 800.”
I asked him if he had made any other observations since he had left school.
He said, “A friend asked me if I could help her with her GCSE material as she had to take an exam in Maths, so I said I would come around and try. I was very surprised at the level, and helped her to complete the work and showed her how to work out the material.  I then asked if I could take a copy of the paper with me.  She agreed and explained that it was an old exam paper used for practice.  I took it home to my younger sister, she is just 13 years old, and said can you do this maths? She said, ‘Oh crumbs, yes of course, I am doing that stuff now.’”
For those who know anything about the system this girl is on PACE 1083 which according to ICCE is two units below where we would say a student is who has begun General certificate work.
There was another young lady at the New Year’s Eve party who had been to a school using the ACE system, but not at one of the schools that I run; she is currently reading English at Liverpool Hope University.  I asked how she had found it, and if anything she had learnt from the system was useful in ongoing university studies.  Her reply was amusing, “Well,” she said, “I am the only student in my group who knows how to  break down an English language sentence into its component parts, the whole class were saying, ‘we don’t even understand what we are being asked to do.’  So I ran my own tutorial group for my friends.  They asked how I knew how to do this, and I told them that I did it all when I was quite young in my Christian school, that it was standard practice.  I am just surprised that such basic things are part of this English course at university.” 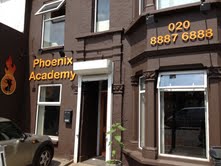 Flack or no flack, the results speak for themselves.  You might say to me, are you trying to sell your system to us?  The answer to that is; you bet I am!